As Immigrants, We Love America And Still Want It To Be Better

James Baldwin famously said, “I love America more than any other country in this world, and exactly for this reason, I insist on the right to criticize her perpetually.”

As immigrants, we often come to America because we love it more than the place we are leaving. Sometimes, it’s inspired by the idea of America from far away — the glitz and glamour of Hollywood. Sometimes, as in my case, we get a taste of it as students and want to stay for the freedom and opportunity. And for many immigrants and refugees, America is a safe haven — from war or abuse, from repressive regimes or individuals. Once here, we seek to give to America the very best of who we are, whether we are serving in Congress or in a restaurant.
As president of a country that holds such an important place in the world’s imagination, Donald Trump should continue to welcome immigrants, whether we cross borders, deserts or oceans. Instead, he threatens with walls, bans, and raids. And on July 14, he used Twitter to ask brown and black congresswomen — Alexandria Ocasio-Cortez, Ilhan Omar, Ayanna Pressley and Rashida Tlaib — to “go back” to where they came from. Twitter erupted with accusations that Trump is racist and clarifications that three of the women were born in the US, and that the fourth, Ilhan Omar, is a naturalized citizen.
But facts have never been the point with this president. His fear-mongering and racism are making us lose sight of the unique brand of American-ness that characterizes immigrants and refugees and makes us best positioned to be America’s next generation of leaders.
In 2001, then-Mayor Michael Bloomberg appointed me to be New York City’s first commissioner of immigrant affairs. My appointment began a few months after the attacks of September 11, when New Yorkers were at their very best, rallying to help those in need of emotional support, shelter and food. But one group of New Yorkers — those who looked like the attackers — were also afraid of how they would be perceived. This fear was real. In my role as commissioner, I heard stories from individuals and community leaders about the pervasive fear that a knock on the door by immigration authorities could change the course of a family’s life.
Some Americans seemingly believe that this fear is justified. After all, if immigrants followed the law, then why would they worry about their status. But the racism against the four congresswomen reminds us all that this othering behavior is a result of who we are — not what we do, what our status is or what we fight for. Congresswomen Ocasio-Cortez, Omar, Pressley and Tlaib are simply held to a different standard because of the color of their skin, their religion, their names and their assumed immigration status.
There has long been a code followed in the immigrant world, especially among older immigrants: be obedient and orderly because you are a guest in someone else’s home. But that code is eroding. For one, the all-too-often attacks by Trump remind us that we are not even given the courtesy that a host gives a guest. For another, American-born children of immigrants play an important role in shaping their parents’ way of thinking and reminding them that they are as American as anyone else.
But over time, immigrants also become comfortable in their new home, growing to understand that they are not here to be passive recipients of America’s scraps. Instead, we immigrants are the active designers of our version of the American dream. Sometimes, as it was for me in 2010 when I established New American Leaders to create a more inclusive and transparent democracy, our paths demand disobedience and disruption. This too is a route to American-ness. It’s our way of showing love for America — our way of saying we know that it’s possible for this country to be the best version of itself.
We come here with a fighting spirit. We come to make a better life for ourselves, certainly, but also because we believe in the idea of America. Our optimism about what this nation can be is not naive, it’s aspirational and visionary. Among our masses lies the same fervor that our founding fathers brought here: a fervor for a democracy that represents our interests. When we run for office, the potential we have to make government work for all of us is one that true Americans welcome.
Trump is afraid that we do not huddle in fear but stride in power.
Share
Tweet
+1
Share
View All 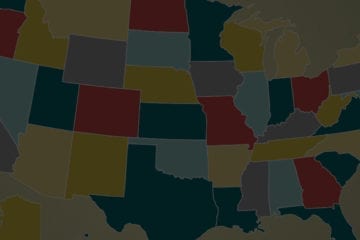